A lady has been left heartbroken after her boyfriend of nine years jilted her. In a text exchange with a friend which has since gone viral, the heartbroken lady said it was her boyfriend’s brother who made her know that he was planning on marrying another girl.

She said her unannounced visit to his house revealed that she had been dating herself all along. She said her boyfriend introduced her to his intended bride as his ”ex”. She said when she dialed her number on his phone and it showed it was stored as ”landlord’s son”.

The heartbroken lady said she emptied her life savings just to make the said boyfriend the man he is today. She added that she even paid his house rent of N120,000 per year for years. She wondered if she will ever give love a chance.

Read her chats below…. 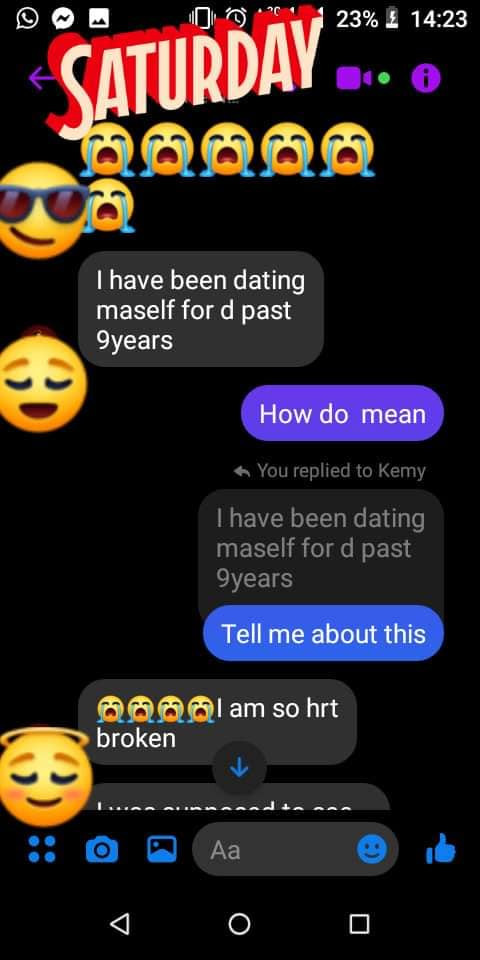 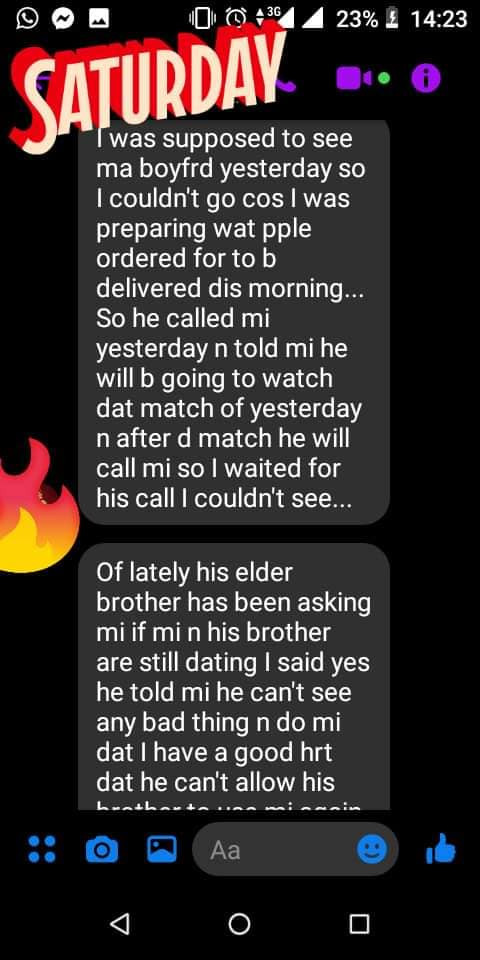 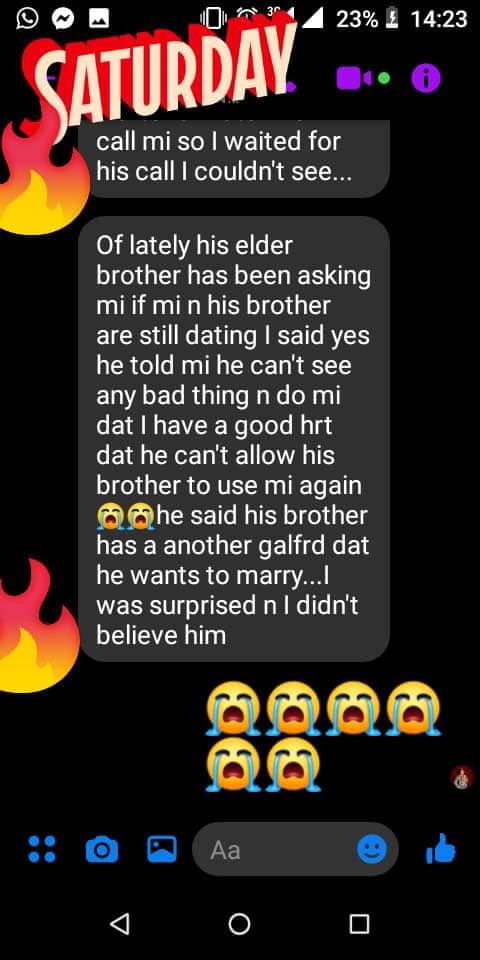 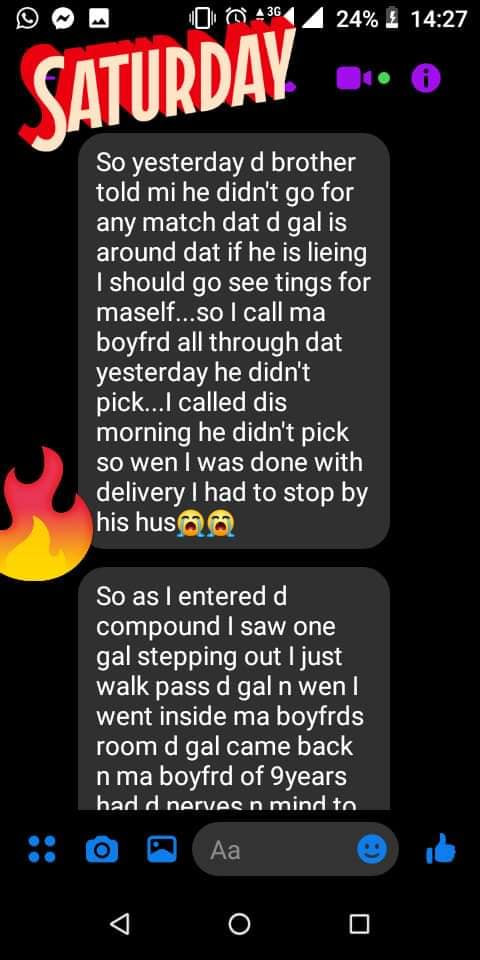 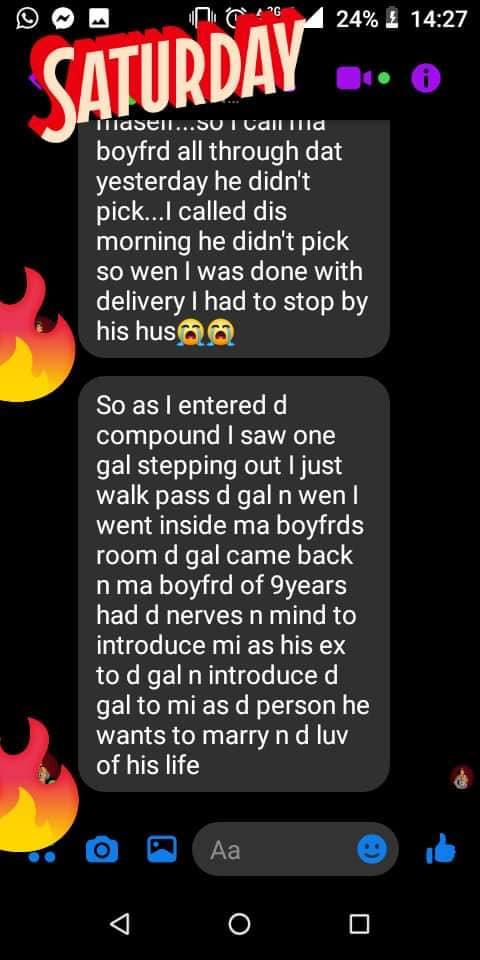 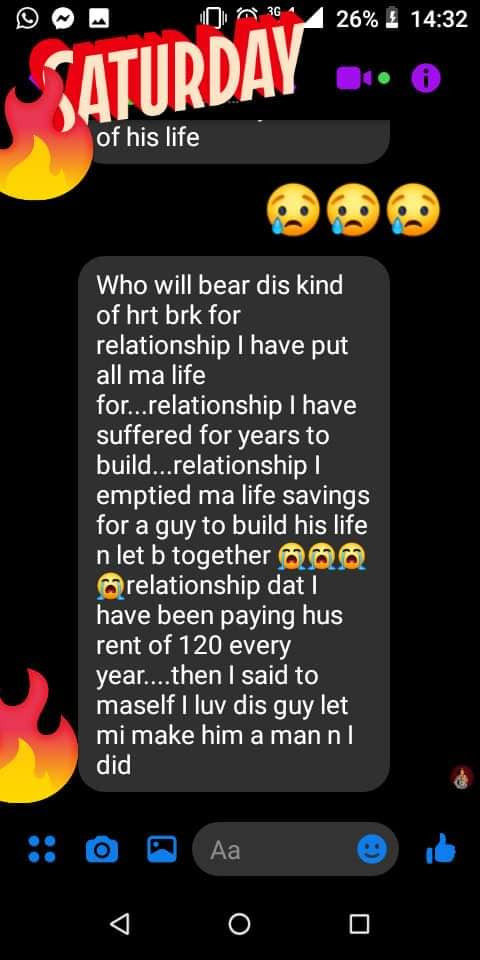 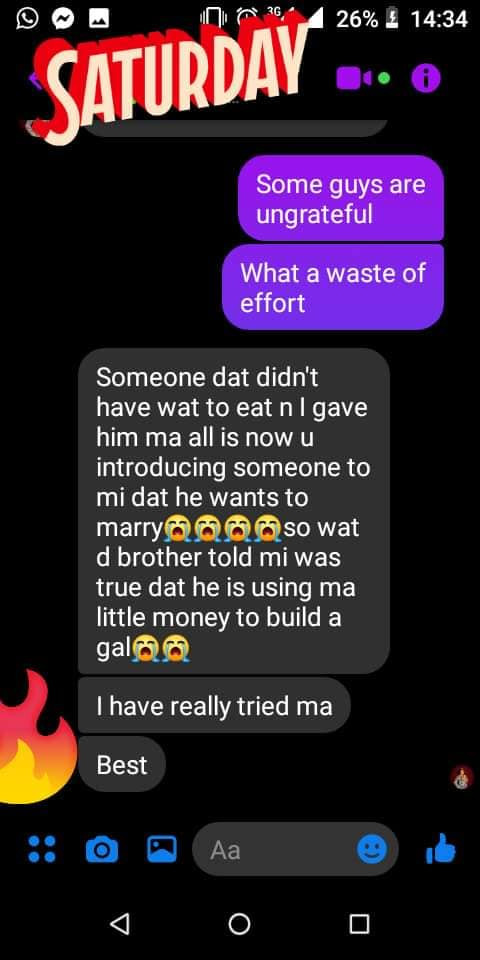 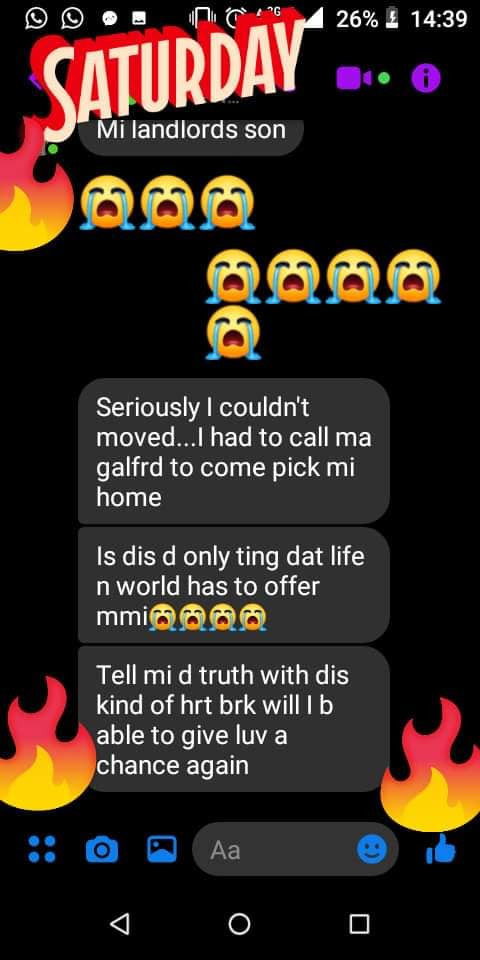