The Zazuu Crooner claimed that they were caught spying on him and they posed as security personnel to carry out their act.

In a trending clip, the Singer could be seen beating them with the help of his entourage.

Portable slapped one of the suspects and asked him to confess on whether he is a policeman or not. 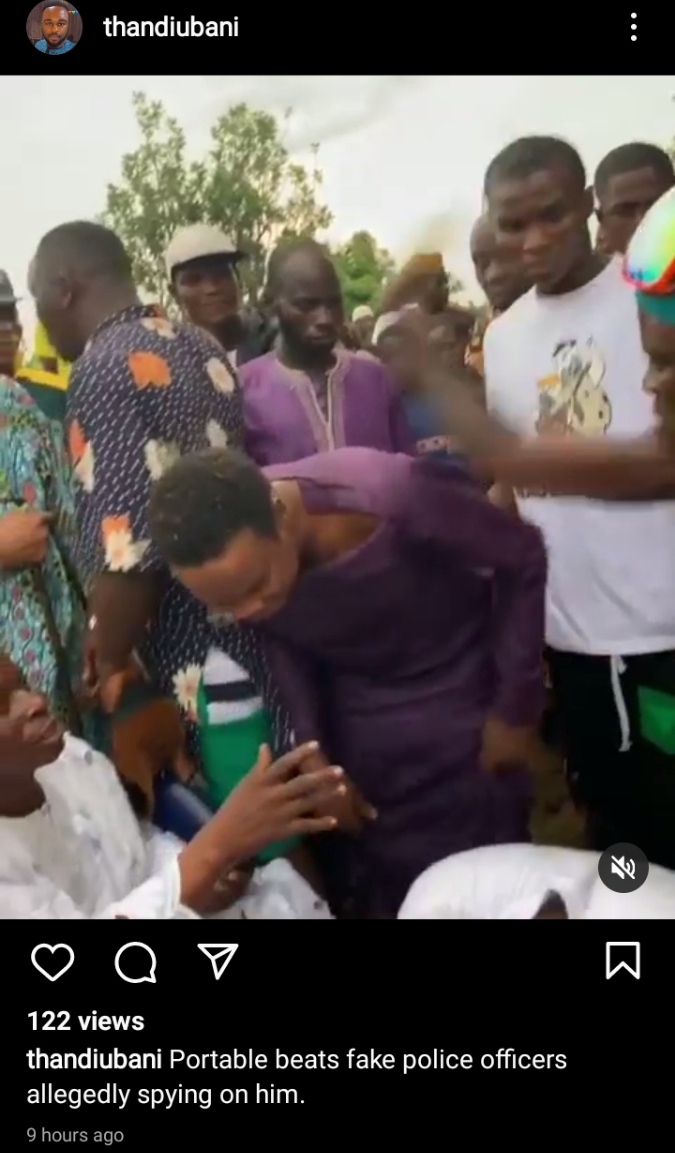 In other news, The Nigerian Police on Sunday noted that singer Damini Ogulu, popularly known as Burna Boy, would be interrogated during the investigation of a shooting which happened at a Lagos club.