Mustapha Gembu, a popular social media commentator and activist, has advised men to not kill themselves over women.

The activist gave this advice while reacting to photos of the late Taraba Governor, Danbaba Suntai’s widow, Hauwa, with her much younger husband, Haliru Saad Malami.

It would be recalled that the late governor, who was involved in a plane crash in October 2012, passed away in June 2017.

Mr. Suntai was taken to different hospitals around the world due to the brain injury he sustained from the impact of the plane crash, but he sadly succumbed to the injury on June 28, 2017, in Houston, Texas, United States. 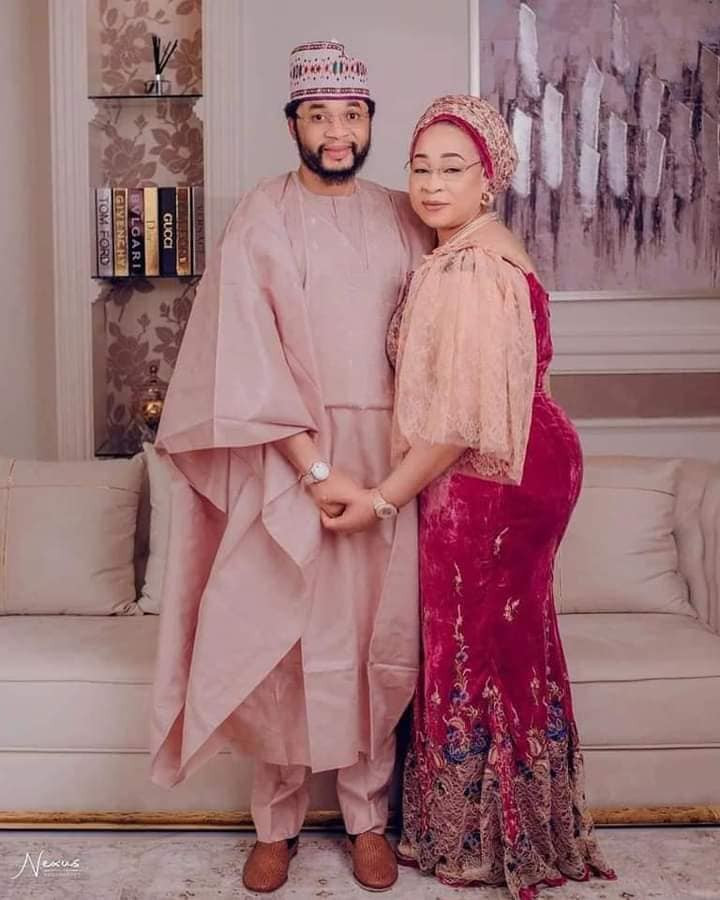 Prior to his death, the late governor was said to be in a vegetable state and couldn’t perform any function.

Two years after his death in 2019, his wife got married to Malami, who is the Chief Executive Officer of ITBAN Global Resources LTd and a cousin of Turai Yar’Adua, wife of the late Nigerian President, Umaru Yar’adua.

Hauwa is currently in her 50s while her husband is said to be in his early 30s.

Reacting to the photos, via his Facebook page, Gembu wrote,

“THIS LIFE NO BALANCE! My brothers don’t fight or kill yourself over woman but fight to get rich in other to live large in life.

“As the family of the late governor Danbaba Suntai of Taraba state continue to mourn his dead, the wife, Hajiya Hauwa’s life continues to move on sweetly, smoothly and sumptuously with her young and rich husband, Mr. Malami, younger brother to Hajiya Turai, late President Yar’adua’s wife.” “You are owing your boss money and you are talking to a boss?” – BNXN replies Ruger