Following the news of actress Ada Ameh’s death, her bestie and colleague, Empress Njamah has finally reacted to the news.

She broke her silence by posting a heartbreaking love emoji.

Hours ago, WITHIN NIGERIA broke the news that “The Johnsons” actress had given up the ghost. Ada Ameh was reported dead, confirmed by the Actors Guild of Nigeria, AGN.

It was gathered that Ada Ameh, who had lost her only child in 2020, died in Warri, Delta State, around 11 pm on Sunday, after she collapsed.

Meanwhile, Ada Ameh’s last post on Instagram was at about 12.53pm on Sunday, July 17, which is why many people found it difficult to believe the lively actress was truly gone.

Empress, who is Ada Ameh’s best friend did not react to the news until a some hours ago, and must have been to heartbroken to even write a message. See her post below: 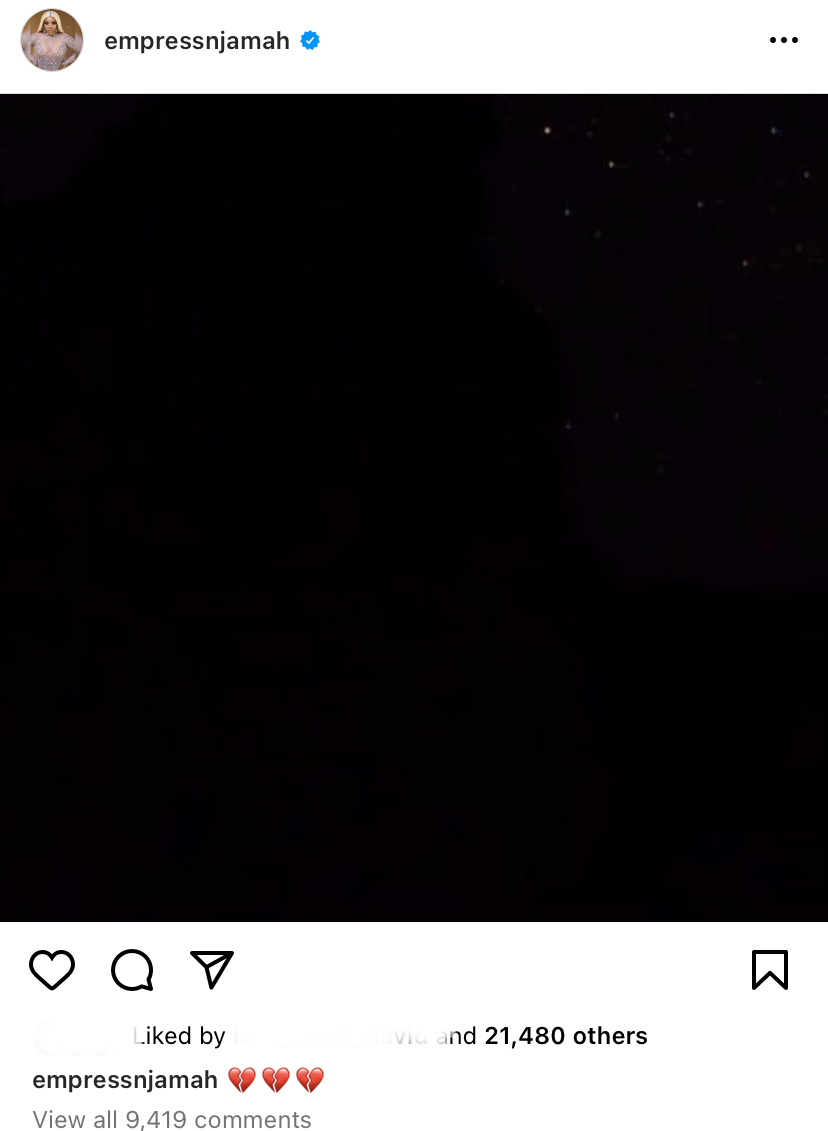