In a viral video, the Zazuu Crooner listed Larry among those who witnessed his influence in the cult group.

“Open your ears and listen well, have you heard about Ajah boys, One Million boys? I’m the one who founded it, go and ask. Go and ask the likes of Sammy Larry,” the singer boasted in the Yoruba language.

The Inspector-General of Police (IGP), Usman Baba has directed Lagos Police Commissioner to investigate and take necessary legal action on the claim by Portable.

Responding in a video on Instagram, Larry vented his annoyance at Portable while denying any connection to cultism.

The show promoter also cut ties with the ‘Zazoo Zeh’ crooner, adding that “I never want to see your calls again.”

“I don’t know who One Million Boys are. I only helped Portable. I’m only his benefactor. I’m a promoter,” he said.

“Where do I know you from? When did we meet? At what point did we have any joint dealing involving one million boys? I’ve not known Portable for more than a year, yet the unfortunate man is mentioning my name in his rants.

“I’m not the only person he mentioned but it’s only my name the public committed to heart. What’s the meaning of all that? Never mention my name in negative things! And I never want to see your calls again. I’ll block you even.

“The family members of my wife are all worried, calling me over the phone, and asking who one million boys are.” 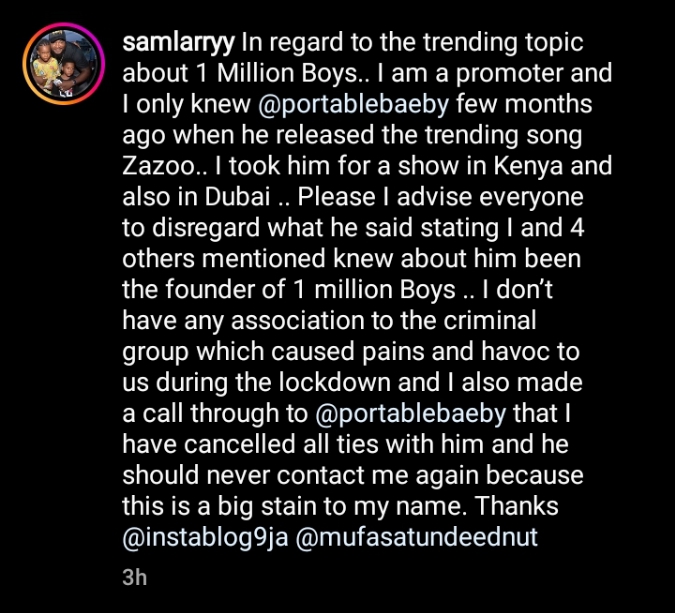 Sam Larry also shared Portable’s chat with him apologising to the music promoter describing his action as “cruise”. 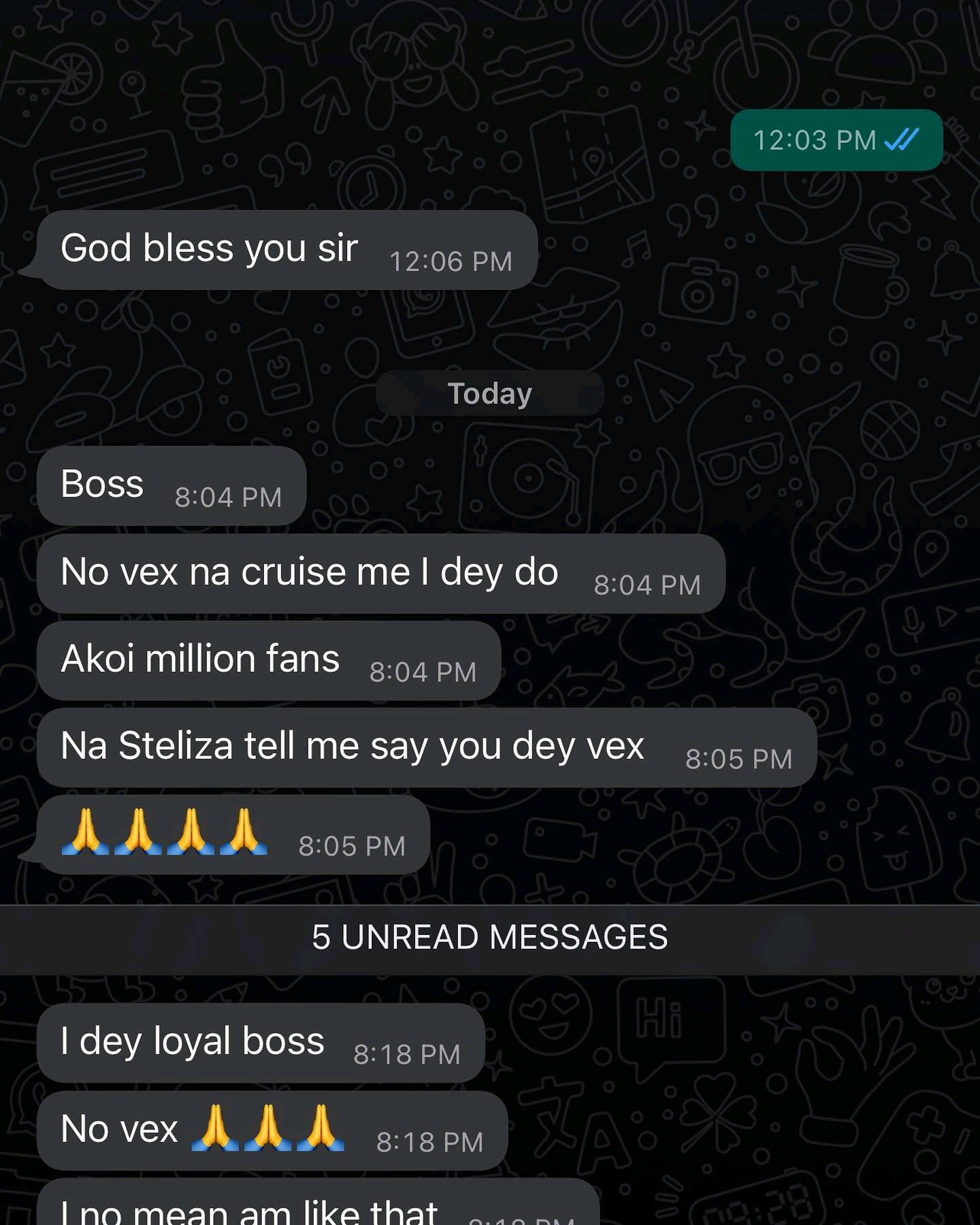 Report: Cristiano Ronaldo Has Convinced Atletico Madrid To Sign Him From Manchester United