Nigerian superstar singer D’Banj opens up on his past before he became the pacesetter for other musicians in the country.

D’Banj, real name Dapo Oyebanjo, disclosed he travelled to several states in Nigeria and outside the shores of the country with his father, who was in the army when he was a child, in a recent interview with his longtime friend, Ikechukwu, also known as Killz.

Ikechukwu and D’Banj have been friends since they were teenagers, and worked on different music projects together. On the latest episode of ‘Drinks With Killz,’ D’banj gave viewers some private details about himself.

D’Banj revealed he always knew he would become a megastar, but he had to work hard to sustain himself. He added that he worked night shifts, from 7PM to 7AM daily, as a security guard in London, the United Kingdom.

“I was a security guard. I know say I be star, na night shift I dey do, in the morning I still dey fresh but of course, I realise say you gat to work,” said D’banj, adding that “I dey do 12 hours shift, 7PM to 7AM.”

“At that time, the oyinbos no need to dey check you for CCTV, they know how to monitor you. All they need you to do is click in every ten to fifteen minutes.”

D’Banj let this information out while discussing how he met Don Jazzy and JJC Skillz with Ikechukwu. Watch the video below. 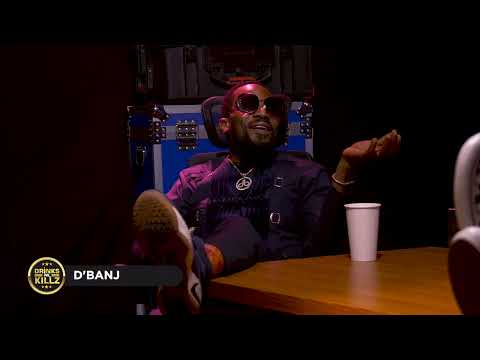 “If you are really touched, you will not have your P.A film you”- Etinosa Idemudia slams Warri Pikin for publicizing Ada Ameh’s condolence visit

Ghana Party in the Park: Fans jam to Camidoh’s Sugarcane track in London