Talented singer, Omah Lay, has reacted to a video of Liverpool players, Mohamed Salah and Virgil Van Dijk playing one of his songs while working out.

The video shared on the club’s Twitter page showed moment Van Dijk told his teammates, Mo Salah and others about ‘soso’, a track in Omah Lay’s debut album, Boy alone.

“I’m gonna put a good song for you right now” and then went ahead to play ‘soso’.

The Liverpool star defender was captured on camera vibing to ‘soso’ as he joined Mo Salah on the treadmill while the song plays in the background.

The thrilling moment caught the attention of Omah Lay who quoted the video with two his signature purple heart emoji and included the name of the song, tweeting, “Soso 💜💜.” 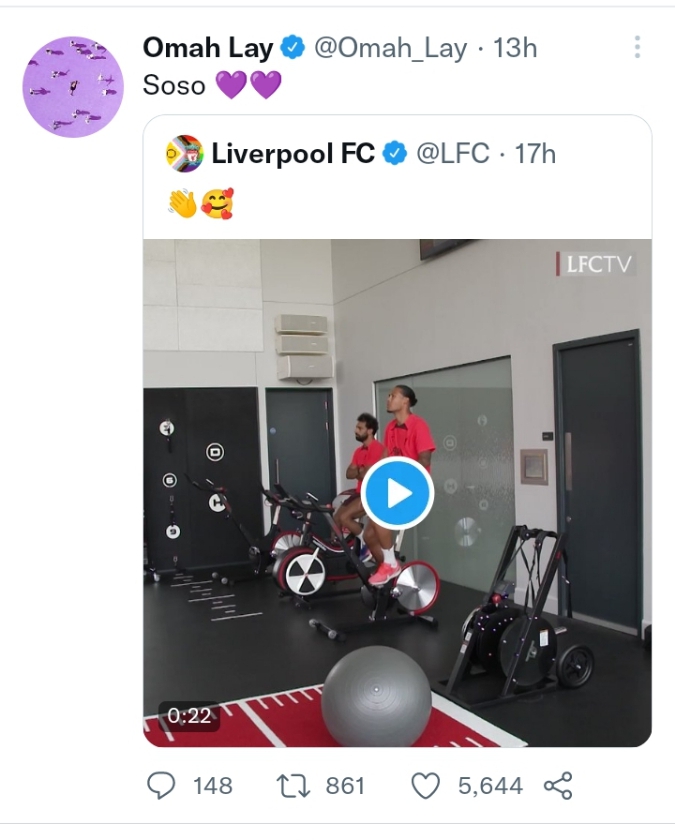 Singer, Asa performs ‘Fire on the Mountain’ in front of President Buhari and other dignitaries at a recent event (Video)

I’m Not In Competition With Fireboy, Rema, Omah Lay, Others —Iyanya (Video)