Popular content creator, Mark Angel, recently gave a brutal response to his daughter after she complained about not wanting her gadget.

The father-daughter duo were having a chit-chat in the living room when Mark’s daughter who was holding a kid’s android tablet, told him she doesn’t want that type of tablet.

In response, the content creator tried to pacify her and told her to continue using it pending when he gets a new one, however, she insisted on getting a new one. 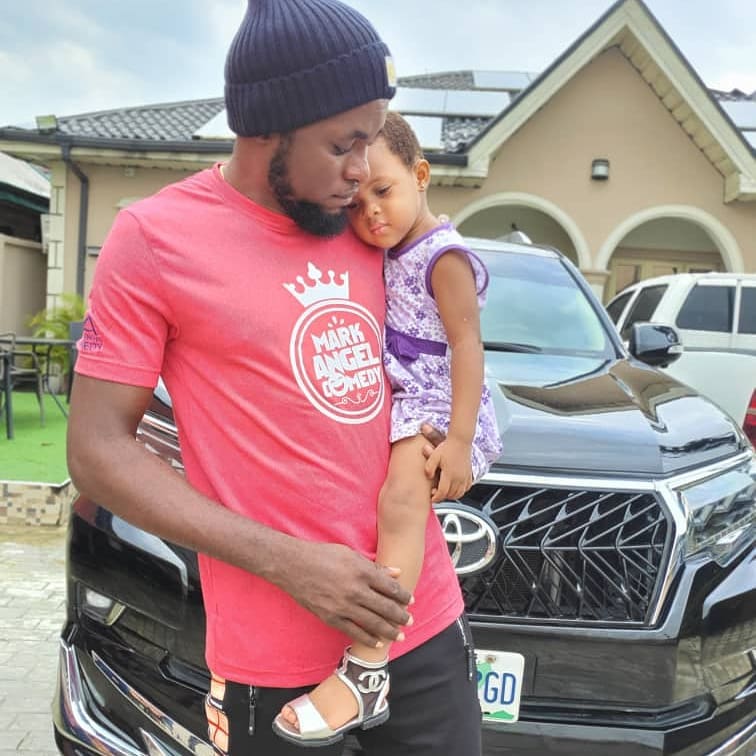 Frustrated by her incessant complain, Mark Angel gave her a savage response and told her about the circumstances surrounding her birth.

According to him, when he was dating her mother, she (his daughter) was not what they were expecting yet they still kept her.

However, it’s not clear if he meant his daughter was conceived by mistake, or if they were expecting a male child instead.

“When I was dating your mum, you were not what we wanted but we kept you,” he said in a now-viral video.

Watch the video below,