The story of how a young lady set her boyfriend ablaze after discovering another woman has a child for him has caused a stir on social media with a lot of people totally shocked by the report.

A Twitter user took to the platform to share photos and screenshots giving details of how the situation came to be. According to their update, the young man who got burnt had just returned from Cairo so as to be there for his girlfriend’s birthday. 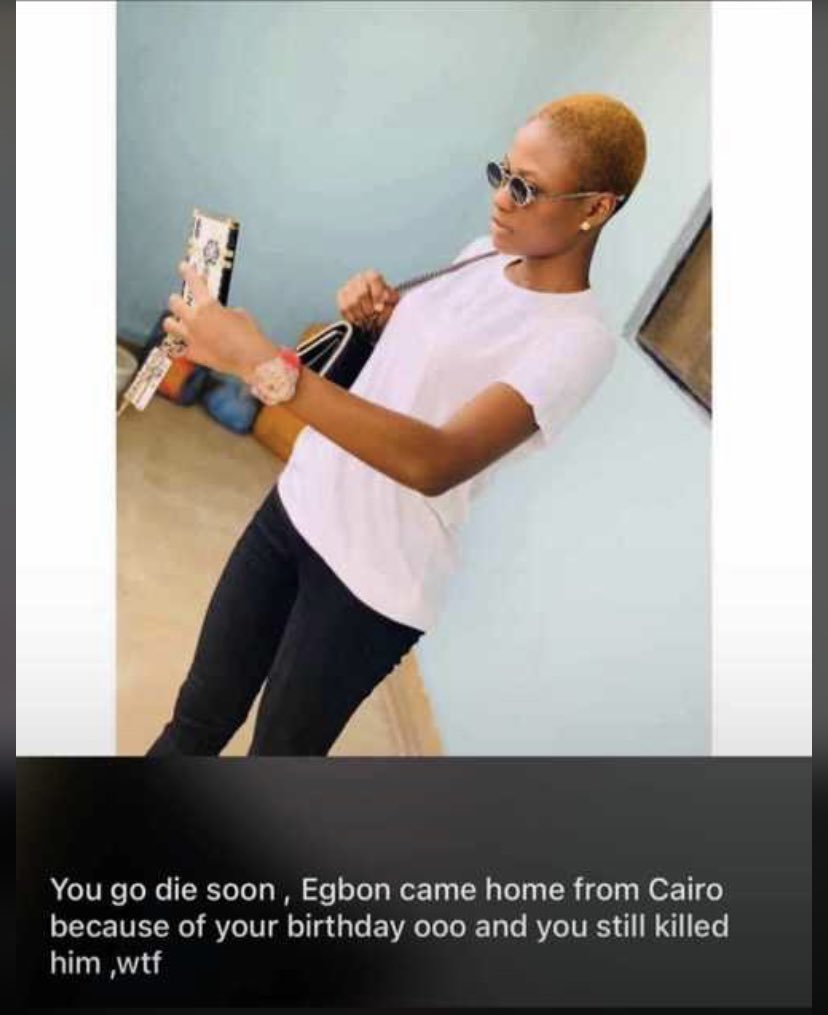 However, his girlfriend later discovered that another woman has birthed a child for him which got her scorned and lay a threat to his life. A screenshot of her WhatsApp status she made shows her threatening that people would weep over him before daybreak. 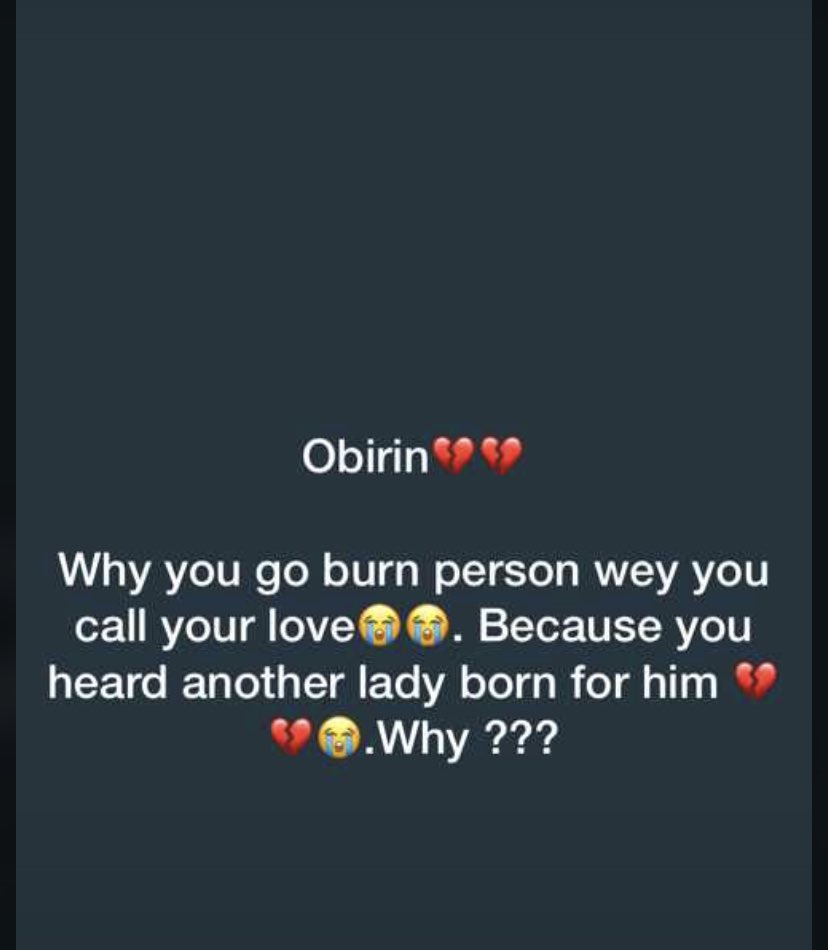 A conversation between two people shows that after the young man got burnt, he was rushed to the hospital, however, he was unable to make it because the first hospital he was taken to had rejected him. 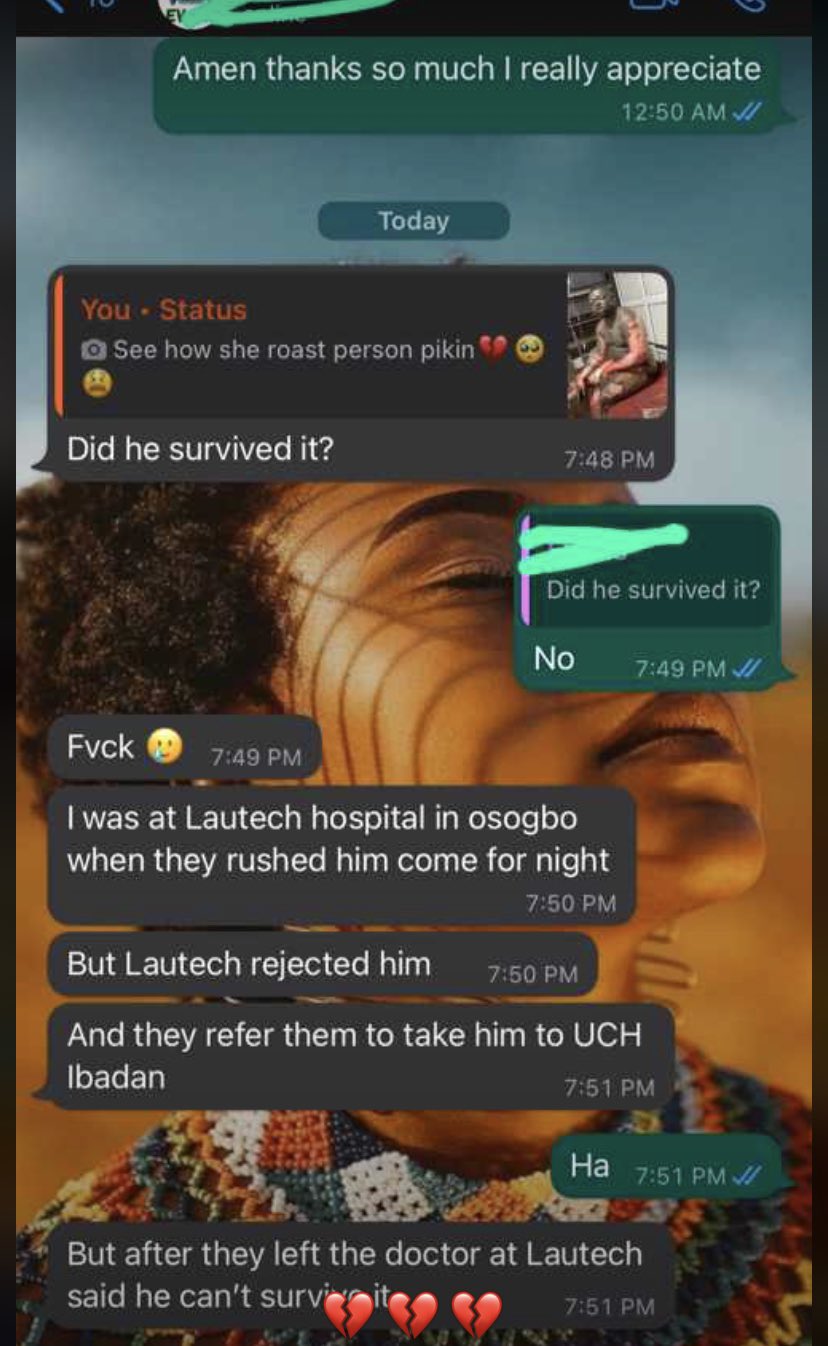 The Twitter user also shared a video of the aftermath of the place where the scorned girlfriend had burnt her now deceased boyfriend.

Graphic photo as you scroll,