Big Brother Naija show host Ebuka Obi-Uchendu has reacted to the speculations that one of the new housemates, Groovy has bad breath.

During the unveiling of the first 12 housemates on Sunday, Groovy sparked reactions after Ebuka covered his nose while the latter spoke to him.

Many, however, speculated that Ebuka’s action was because of Groovy’s mouth odour.

SEE VIDEO AND REACTIONS BELOW 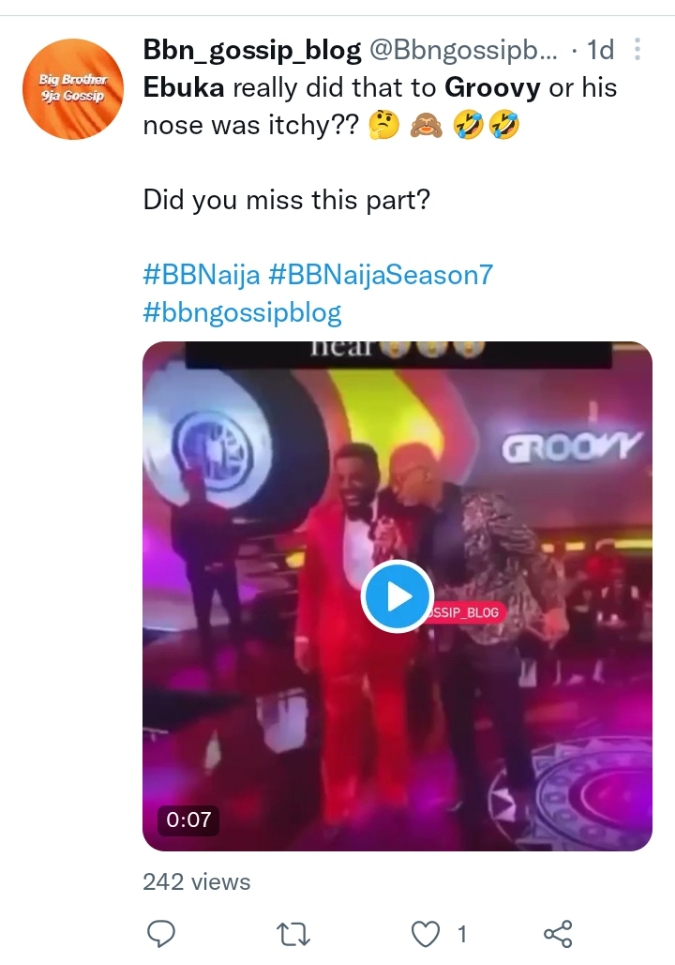 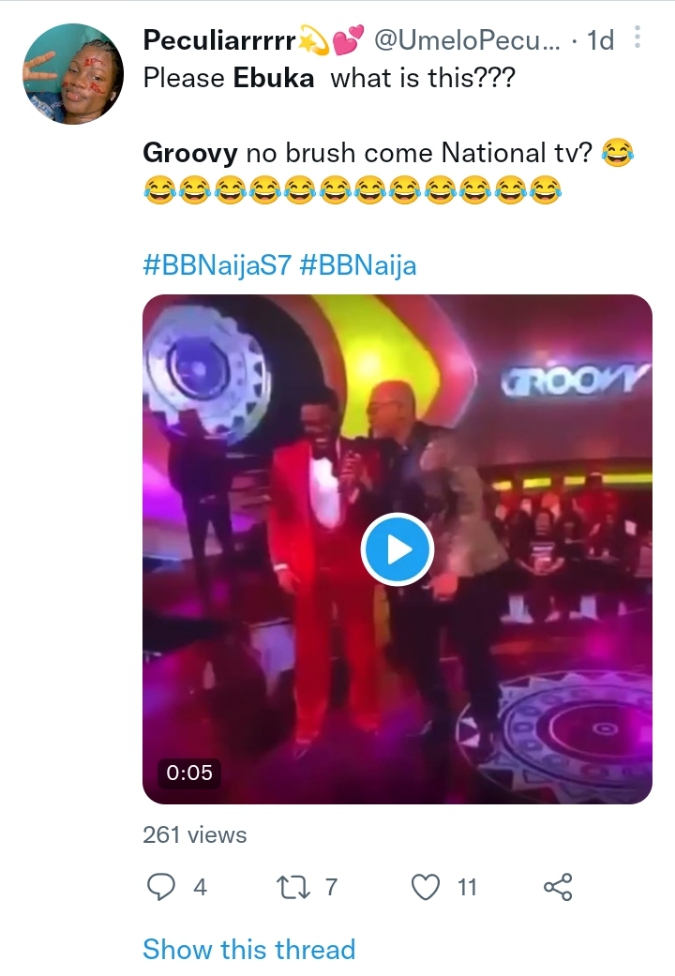 Reacting to these speculations, Ebuka took to his Twitter page and stated that his nose-rubbing had nothing to do with bad breath and they should let the new housemate be. 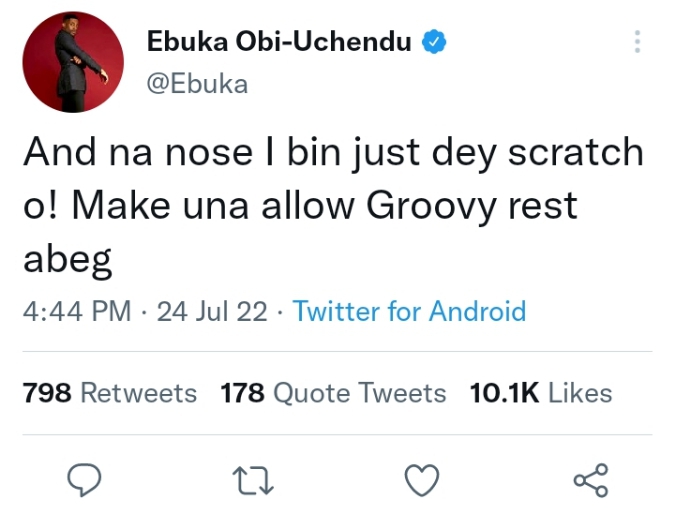