Solomon admitted that his woman isn’t the most beautiful nor the most intelligent, but he has chosen to never find perfection in anyone else simply because perfection is non-existent. In his opinion, his description of his woman is a realistic base for real love.

In reaction to Solomon’s ‘love letter’, Nollywood actress, Annie Idibia has applauded the writer for speaking his truth. She praised him for expressing his love for his woman in his own words. She noted how no one is best, but you just choose someone and see the best in them. She wrote:

“I love loveeeeeee and I love the way u express it in your words!!? There’s no best, there’s just someone u choose n you see the BEST IN THEM”.

However, Nigerian rapper, Ycee begs to differ, as he has advised that Nigerians to choose a partner that likes them and sees them as their first priority.

The musician seemingly disagreed with the Life Coach and didn’t shy away from saying so. While tagging Solomon Bauchi’s post, he captioned:

“You people should marry someone that likes you and sees you as the number one person in the world because what even in the fuck is this message??????.”

See posts and some other reactions below: 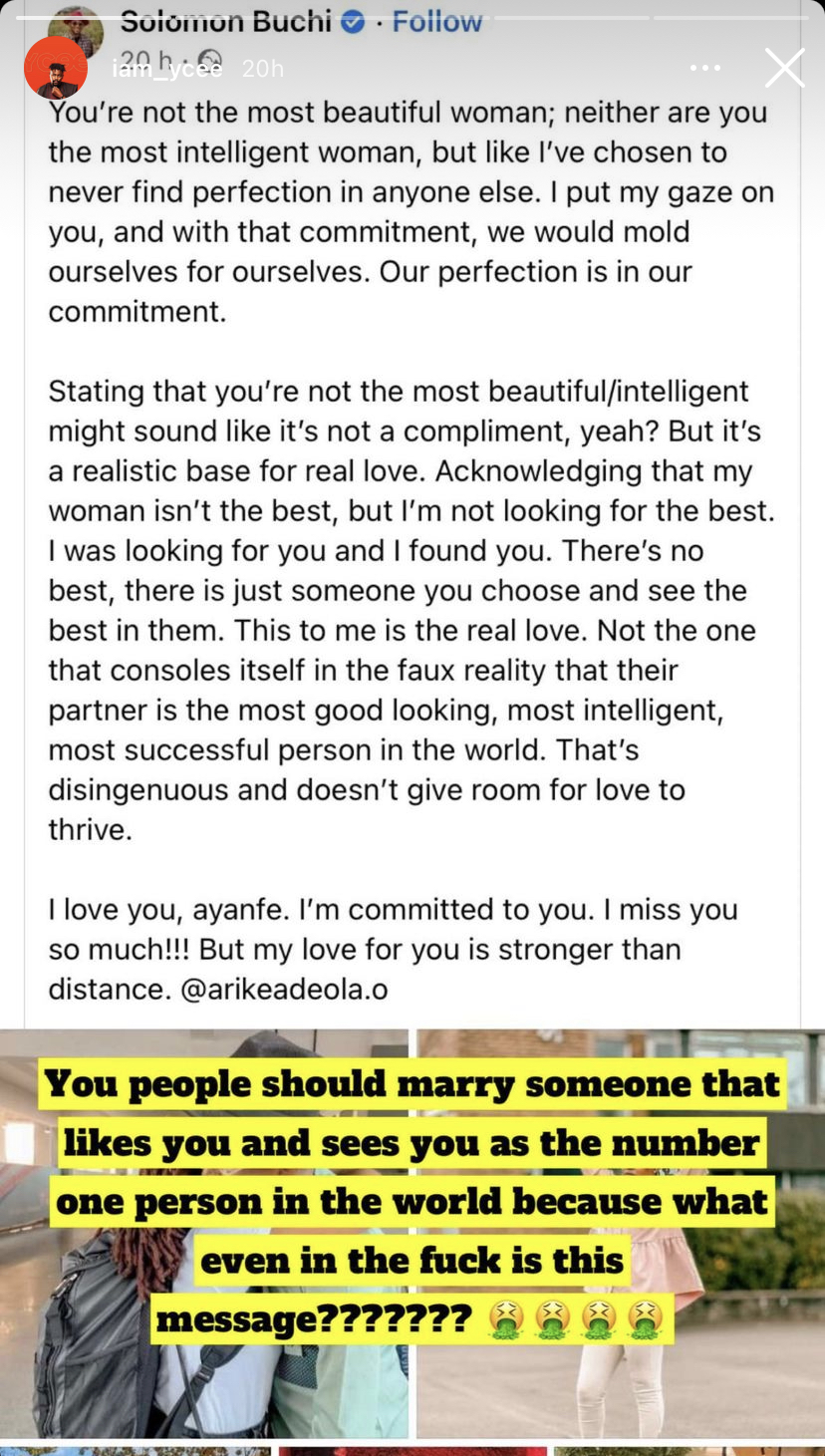 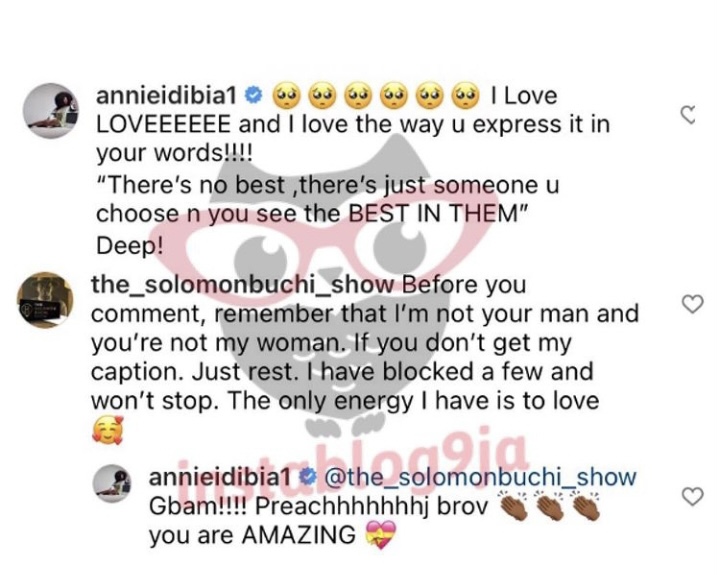 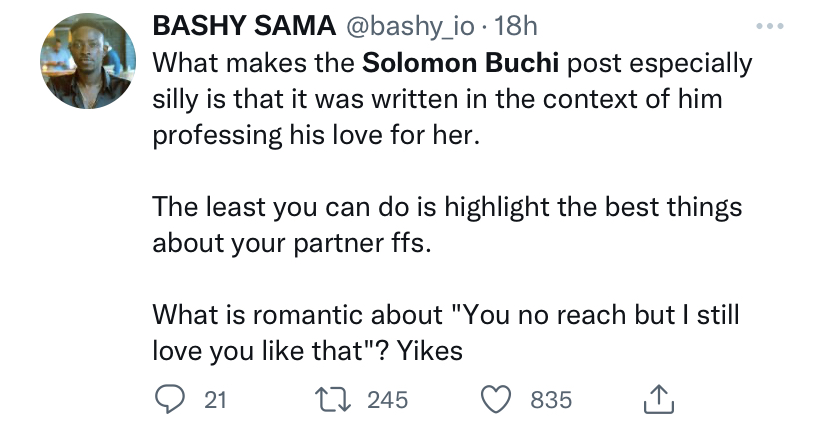