The organisers of The Headies have disqualified Habeem Okikiola, the controversial singer better known as Portable, from this year’s edition of its awards.

The fast-rising artiste was contending for the Best Street-Hop Artiste and Rookie of the Year awards according to the nomination list released earlier.

In a statement released on Tuesday evening, the award organisers said Portable was disqualified because he is a subject of an investigation relating to criminal activities.

The organisers also cited a claim he made that he’s the founder of ‘One million Boys’,  a suspected cult group in Lagos, as another ground for his disqualification.

Part of their statement reads:

“We regret to announce that following numerous indicting statements made by Mr. Habeeb Okikiola popularly known as “Portable”, and the incessant negative attention that Mr Okikiola has garnered from the Nigeria Police and the general public in recent times, the organisers of the Headies have resolved to disqualify Mr Okikiola as a nominee at the forthcoming 15 Headies Awards.”

“The decision to disqualify Mr. Okikiola is accentuated by series of misdemeanours by Mr Okikiola via his social media platforms. On the 25th of May 2022, he threatened to kill, harm or cause harm to the other nominees in the same categories of awards he was nominated for, if he does not emerge the winner, precisely; “Those are my awards. Anybody else who wins, I will ask for them to be killed. I will ask them to kill the person. If the organizers give my award to someone else, they will die”. -Mr. Habeeb Okikiola.”

“On the 18th of July 2022, Mr Okikiola published a video on his social media platforms where he stated that he is the founder of the notorious cult group, ‘One Million Boys’.”

“The said group gained notoriety for maiming and robbing innocent Nigerians over the years. In his words, he said; “Have you heard of Ajah boys, One Million Boys? I established them. “

“Furthermore, on the 17” of June 2022, Mr. Habeeb Okikiola made a recording of himself where he ordered his group of friends to assault and inflict bodily harm on his accused friend, DJ Chicken. In his words, he said; “E na eleyi paa jo!” (beat him mercilessly!)” 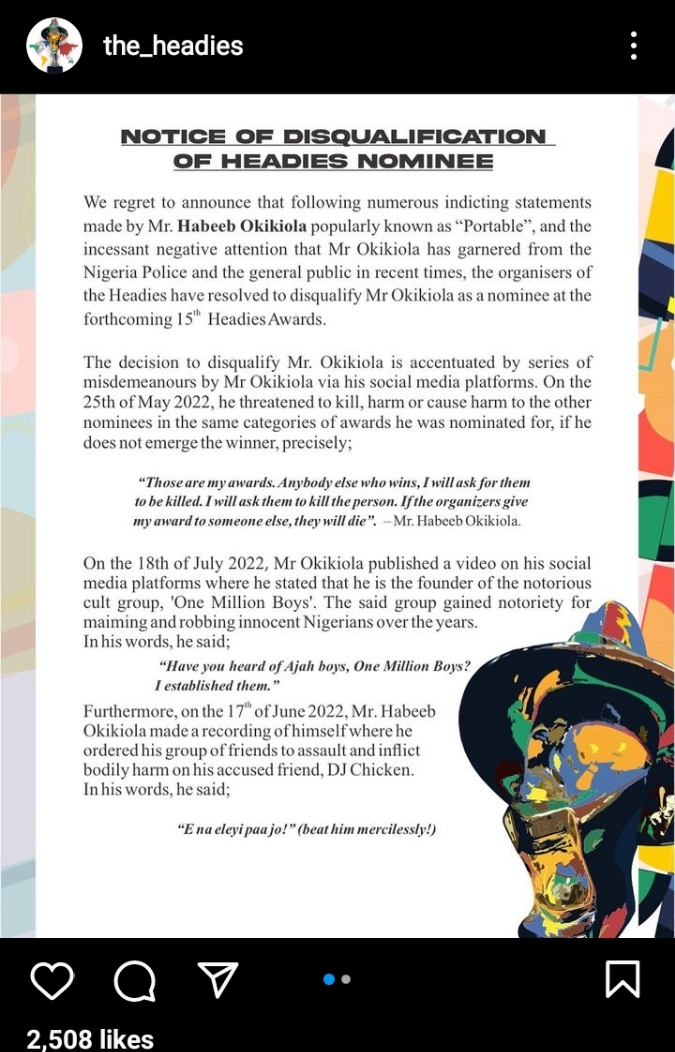 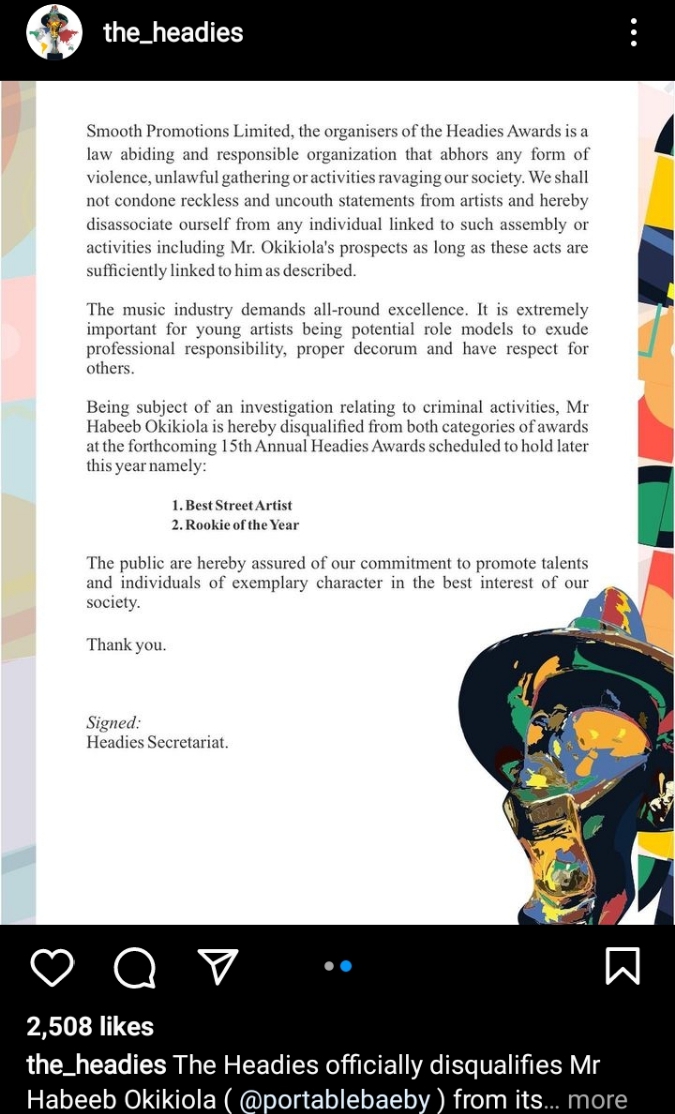 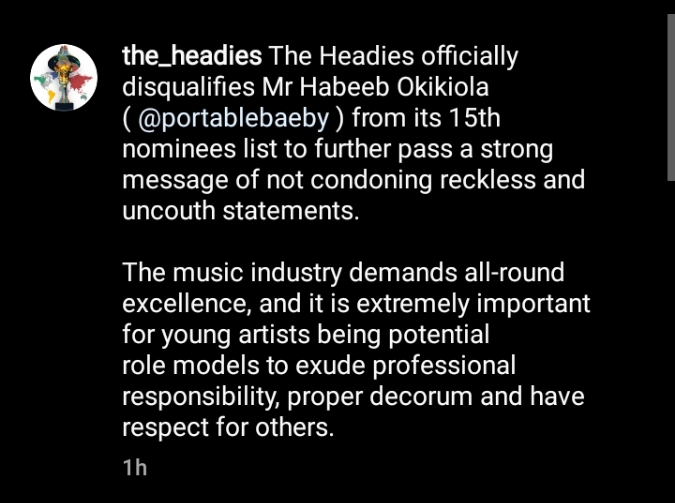 Visa Application Ban: Do Something – Aremu Afolayan Calls On The Nigerian Ambassador To UAE